When coffee was a dime

The world when coffee was a dime seems so distant now. The turbulence of the times reflects much of the events that occurred almost as it did 86 years ago. Although many things have changed, there are still many reminiscences of the days when coffee was a penny. In the 1930s, the world was filled with so much despair, grief, and misery.

Unfortunately, history has always found a way to repeat events that have been played before.

And today, times are not much different for millions when all you needed was a penny for that cup of coffee.

Across the world, multitudes of the impoverished see no end to their plight. Even in the United States, the plight of so many continues to mount.

Any attempt to close the largest wealth disparity gap in history is quickly and abruptly squashed. Increasing numbers of people continue to be drawn into the whirlwind of poverty.

When coffee was a penny, there seemed to be more courtesy among the masses. Even in this nation’s darkest hour, much of this nation was held together by the sheer refinement that society had many years ago.

Now, we live in an age of greed and selfishness on the planet without a doubt. Our leaders of political expediency have astutely planned, planned, and positioned this country away from the basic principles of our Founding Fathers.

In doing so, they have corrupted the very institutions of government. Now that cup of coffee pays you back over $ 3.00.

Heaven forbid you order and espresso! That is like putting down a second mortgage. And, of course, our nation’s civility has been shattered, even more so by having Trump in the White House.

What this current Administration has done along with our thornless Congress has only accelerated the downfall of this nation. Out of all those foreign policy directives, Trump has managed to create a more unstable and hostile world. We are now about to fall into a cataclysmic period of financial despair. Another great depression is surely on the way.

Even in the early 1960s, 10 cents could actually buy a lot of things. In New York, I could still have that cup of coffee and I could take the subway. Not so today. Prices for everything have risen dramatically to the point where millions cannot make ends meet. The impoverished masses have only continued to increase with each passing year for the plight of poor people.

In the 1930s, when hungry masses lined soup kitchens, one of the most popular songs of that period used the phrase “can you save a penny” to describe why this nation stole their livelihoods? To a large extent today, our own government policies have made it much easier for corporations and businesses to divert livelihoods leaving millions stranded, abandoned by the very government that is supposed to help in tough times.

Sure, today there are so-called safety nets, food stamps, unemployment insurance, and other agencies that are supposed to help. But sadly, most of the time, these agencies are just footnotes to the great bureaucratic system known as our government. And, Trump and the rest of the Republicans, all they want to do is reduce or eliminate everything that leaves millions languishing in abject poverty.

When coffee was a dime a dozen, it was a period of time when the simplicity of life alleviated much of the tension and turmoil that arose from those most difficult and depressing times. Today, the pace of life is much faster, more stressful in virtually every way. You have to wonder when you see the beggars at almost every intersection, it’s not a penny they’re asking for, now it’s a couple of dollars. And that is the sad reality in which we live today.

What is aged coffee? 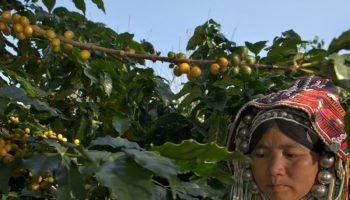 How Much Caffeine Is in a Cup of Coffee